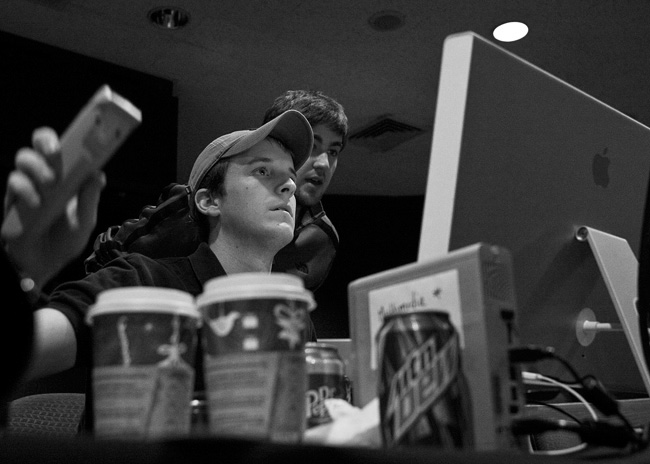 John Schreiber, front, and William Lounsbury test the projector and screencast before the start of CPOY judging. Schrieber and Katie Wood, not pictured, are Co-Coordinators and operate the images shown to the judges and record "ins" and "outs," respectfully. 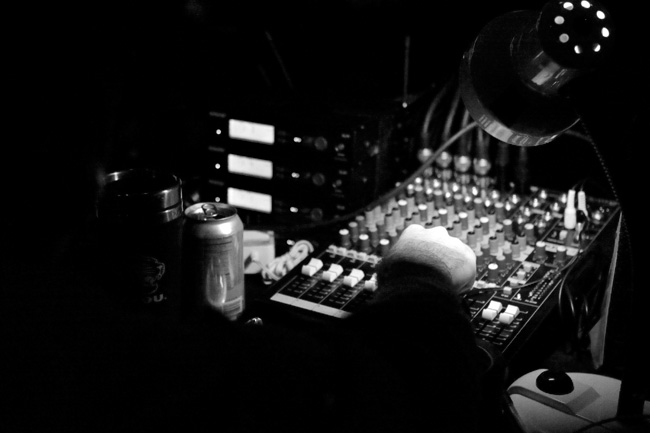 Six different microphones stream audio through a Soundcraft PM6 Mixer. Four judge mics, one director mic and one caption reader mic all contribute to the audio heard on the podcasts as well as in-room audio. 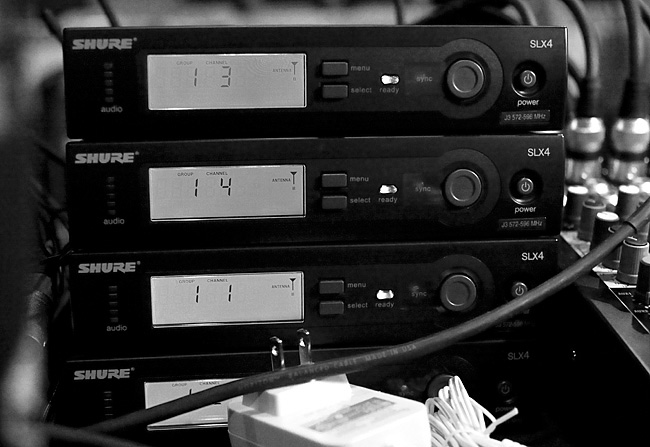 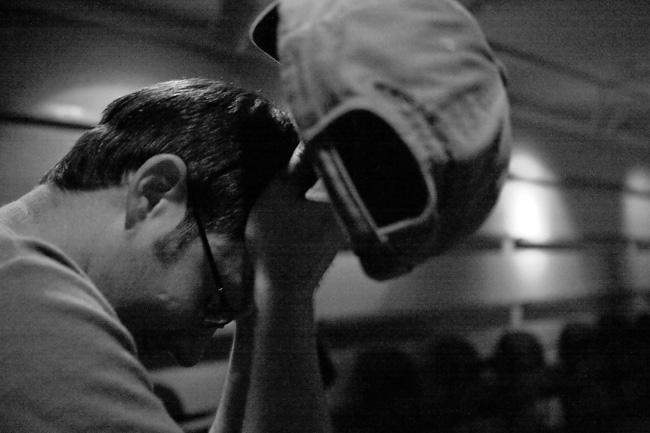 An anxious Josh Bickel rubs his head while one of his entries is being discussed as a possible candidate for final placement in a category.